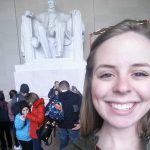 Lauren Sergent is an alumna of FRC Team 1625 Winnovation of Winnebago, IL. During her time on Winnovation, she was a member of the Marketing sub-team and was on the R2OC planning committee for the first two years of the event. Although she is no longer on a team, Sergent still volunteers at robotics regionals in the Midwest.

“My involvement with FIRST Robotics as both a student and a volunteer has given me a multitude of resources, opportunities, and a strong network that has benefitted me despite not pursuing a career in STEM,” says Sergent. “I have been to many robotics competitions, but R2OC is the only competition I’ve been to where I’ve seen a strong presence of community members and not just members of the competing teams”

Currently a sophomore at Carthage College in Kenosha, WI, Sergent is a double major in marketing and public relations and a minor in music. During the school year, she is involved in an A Cappella group, Carthage Choir, Drumline, Wind Orchestra, and Student Alumni Association. Last summer, she was a Community Affairs intern at S.C. Johnson & Son Inc. and gave architecture tours of their Frank Lloyd Wright designed headquarters. As part of her Community Affairs internship, Sergent helped program a STEM-related educational series for K-5 students in the Racine area. This summer, Sergent is returning to her hometown region as a sales & servicing intern at the Rockford Area Convention & Visitors Bureau. 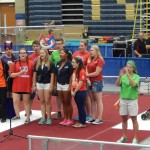 Our students have many talents…. as can be seen by the impromptu choir singing the National Anthem. We even had a student “sing” the anthem in sign language.